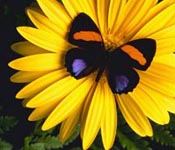 1987-Present
Strengthen Our Sisters is a shelter and supportive service program for homeless, battered women and their dependent children. The program has been guided by Sandra Ramos since its inception in 1970 when Sandra founded the first shelter for battered women in North America.

Sandra’s work was profiled by NBC in four stories in March, 1998, and she received the 2001 Russ Berrie Top Honor Award for Making a Difference.

She and her three children shared their home with women and children fleeing domestic violence, and the program grew to become a full-fledged shelter project. Its mission was to help victims of domestic dysfunction find peace, safety, and independence. Over the years, Ramos opened several safe houses in New Jersey, established The Family Transitional Institute, and fought for legislation to protect victims and families from abuse.

In 1987, after her children went off to college, Ramos decided to move to her summer cottage in rural Ringwood, NJ where she planned to retire and write a book. However, because of her reputation as a pioneer advocate for battered women, pleas for help followed her. When she sought assistance for these victims, she found there was none in upper Passaic County.

Although upper Passaic County had been targeted as an underserved area, there were no shelters for homeless or battered women in this rural part of the state. Desperate women from the area seeking help were forced to leave their roots and relocate to urban centers, and all too often there would be no room in the overcrowded city shelters. Ramos responded. With the support of several other dedicated women Strengthen Our Sisters, Inc. was organized to address the increasing need for safe housing in the region. A two bedroom apartment was rented to provide immediate emergency shelter and then a house was rented in a neighboring community to accommodate the overflow.

After analyzing the statistical data and documenting the increasing numbers of families requiring services, the Board of Directors and its advisors recognized the need to expand the program and capacity of the shelter and its services. After a thorough search, in December 1990, Strengthen our Sisters was founded. Since the strategic plan for the organization included expansion of programs and services, this 4.5 acre site served as an ideal base. A 1992 grant from the New Jersey Department of Community Affairs was used for the down payment and for renovations. Another grant received from the Federal Home Loan Bank was used to complete renovations and expansion of the shelter house.

In 1994, Strengthen Our Sisters purchased a day care center with attached 5 bedroom house. This is where quality day care and a certified pre-school program are provided for children at the shelter as well as children from the community. The attached house is used as an annex shelter for housing expectant mothers and new babies where the “Start Ahead” program has been implemented, designed to focus on the health, educational, and emotional needs of pre-natal and post-natal mothers and their babies.

The single women’s transitional shelter program was purchased in 1999. The large building with several apartments was recently renovated and now provides supportive transitional programs for women. Two businesses in nearby storefronts are managed by the residents and provide practical hands-on job training.

Food, shelter, clothing, legal, and supportive services, as well as child care, and job training are provided for SOS clients. The women participate in workshops on parenting skills, communication skills, self-esteem, stress management and self-help as well as classes in computer skills, and GED preparation. They are helped by a dedicated advocacy staff to apply for restraining orders, emergency assistance, and permanent housing. The women are supported in their goals toward furthering their education, developing skills, a sense of empowerment, and a positive self-image.

The structure of the shelter is co-operative and non-hierarchal. The women (clients) play a major role in the decision making process of the shelter. They plan meals, activities, share jobs, and actualize the theme of the shelter, which is to “pass it on.” Women leaving the shelter have joined a circle of support through which a bond has been formed to work together, to empower each other, gain assertiveness, independence, and self sufficiency.