The Struggle Continues – La Lucha Continúa – Below please see our collection of Newspaper archives depicting Sandra Ramos, a true pioneer in the domestic violence movement from 1977-current. Read about how one of the first domestic violence shelters was established in Bergen County NJ and what the current challenges the Passaic County SOS shelter faces today.

When danger is near- The Bergen Record -1992

Still standing by the battered – The Record -1997

Suburban shelter finds a car is the key– The Record -1999

A born crusader, Sandra Ramos has spent her adult life fighting to make sure battered women have the support and services they need. by Elizabeth Llorente, AARP VIVA, October 2009

Strengthen Our Sisters sends out its own SOS – May 2016

I don’t believe in miracles, i depend on them”, NJ shelter for women fights to stay open David M. Zimmer NorthJersey.com- Feb 2021

After 17 years of serving as founder and director of Shelter Our Sisters in Hackensack/Teaneck, Ramos was fired! Listen to more details below.- Feb 26,2021

Have you met The Purple Lady of N.J.?

80-year-old Sandra Ramos LOVES purple! She even lives in a purple hut in the woods

This N.J. resident is one of our favorite personalities ever.

Any question regarding the above articles please email at: info@strengthenoursisters.org 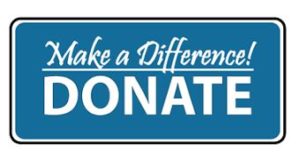